100 million people for the ocean

We live times of dramatic environmental change affecting the whole planet and our very existence. The Ocean has always been the global regulator for climate, but it is not taking it any more.

"One & Ocean is an experience of human endurance in the Ocean, a platform for Ocean science, a series of live events and a powerful documentary, to inspire 100 million people to take individual and collective action for Ocean Sustainability, by reaching to their hearts and awakening Humanity's connection with the Ocean and the Planet.”Leonardo Zangrando - Solo Sailor, Impact Coach 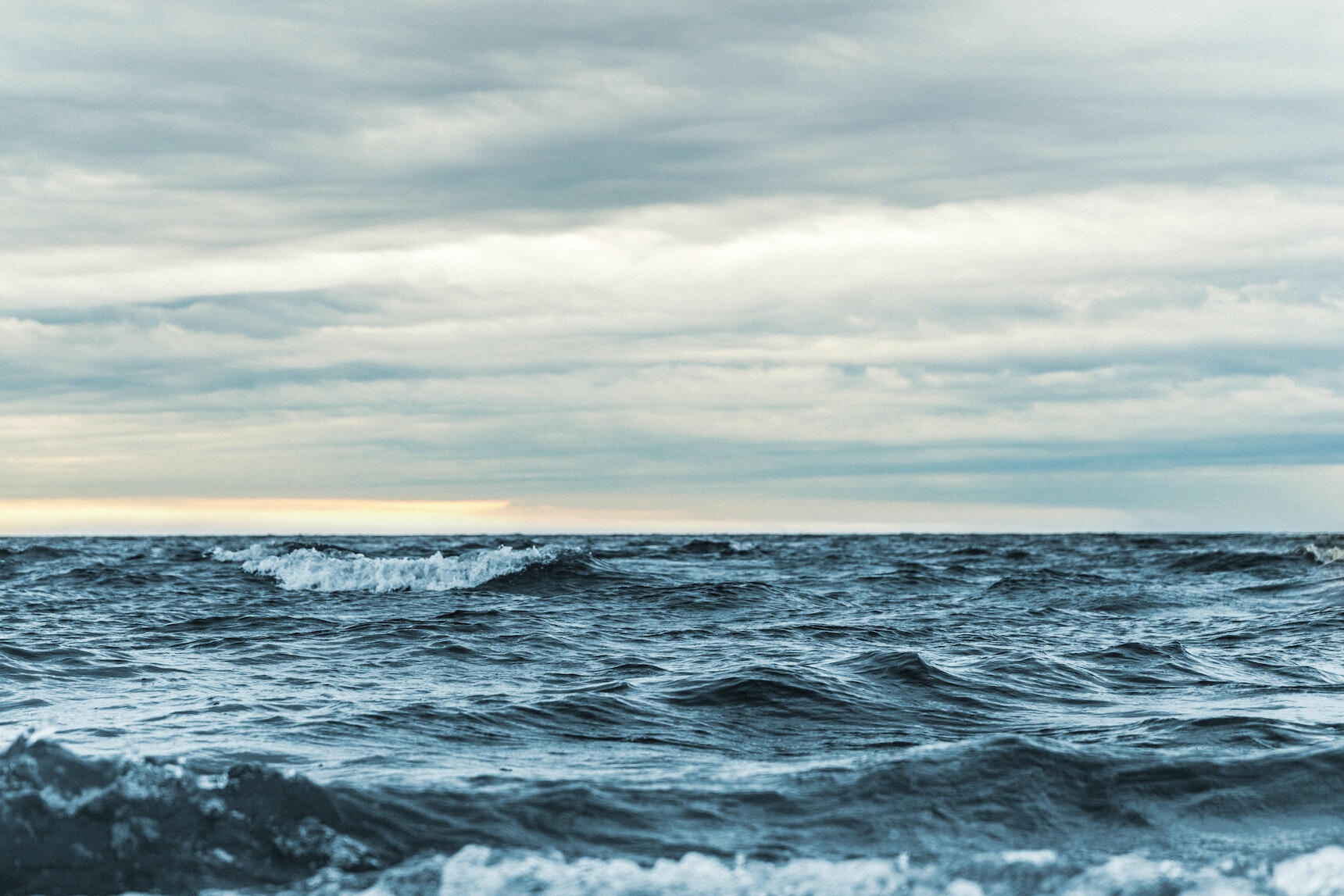 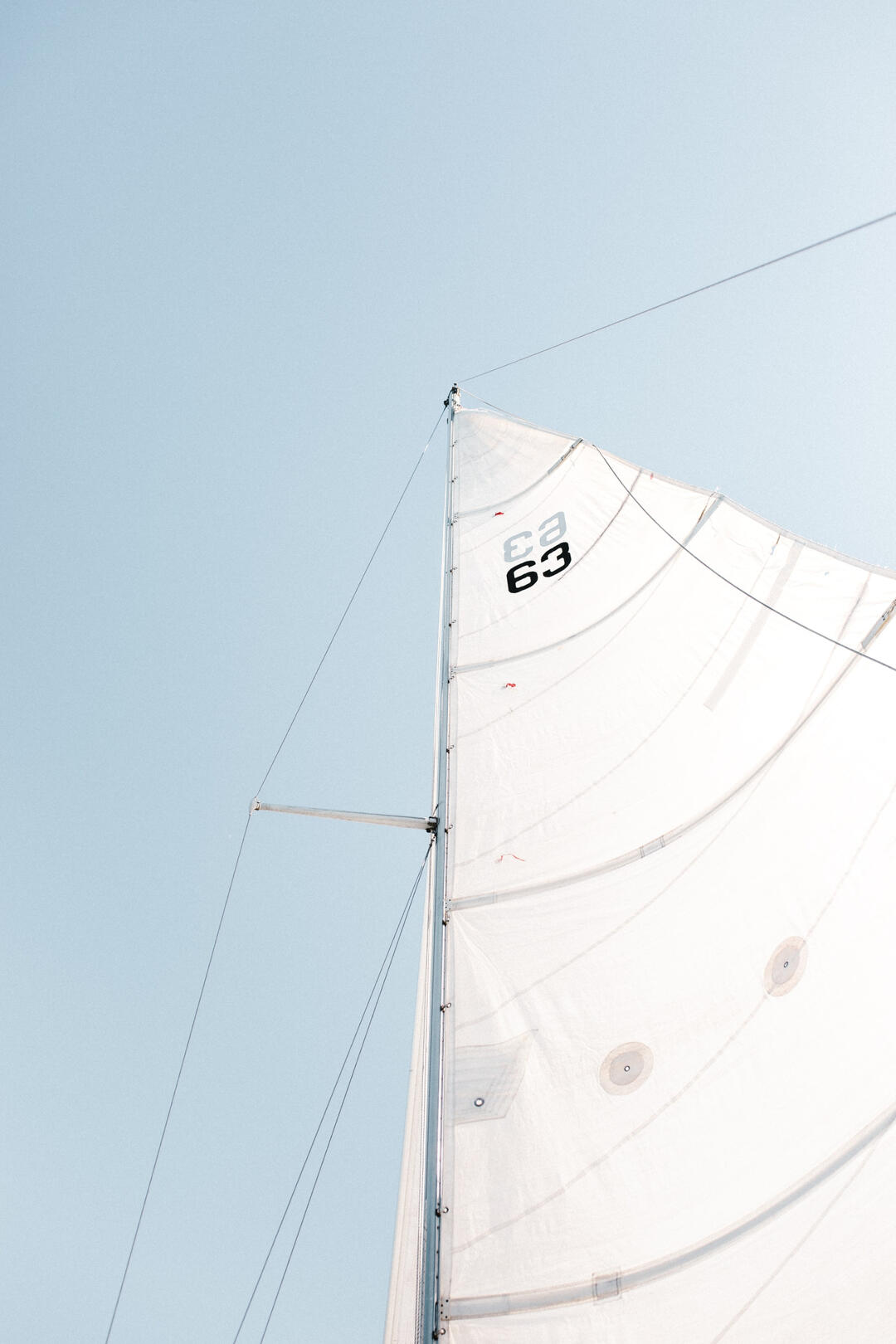 Sponsoring One & Ocean aligns your Brand with a world-first solo, non-stop, around-the-world scientific expedition with inspirational marketing value - combining scientific research, innovation, inspiration to action, and a one-of-a-kind, action-oriented documentary.Your investment will showcase your own ideas and commitment to climate science and in turn will allow to inspire millions of people to take individual and collective action for Ocean Sustainability.Aside from exposing your brand on the yacht, equipment, clothing, the official website and all social media we can also customise the marketing opportunity for you. You will have your own One & Ocean support to understand what your own requirements are.Periodic messages along the expedition, a personal video message from Cape Horn and live talks for your company are all part of the custom approach to delivering you maximum exposure. Speak to our team to find out the extent of what we can deliver, this is just a taster!

"Leonardo is an ordinary human being like all of us, who cares deeply about the Ocean.His passion is sailing and his desire is to help humanity reconnect with the Ocean and the Planet.Over the next 3 years he is dedicating his time to getting in tune with the Ocean, to navigate, live and thrive in his expedition, to inspire 100 million people to take action and reconnect with the planet."– Mark Wood, Explorer

One & Ocean expedition combines scientific research, environmental awareness, inspiration to action and extreme human endeavour for one man who is pushing himself to the very extremes of Ocean sailing in a 100% sustainable way.Your sponsorship support will allow the expedition to become a reality and in return we can provide you with brand exposure, personal recognition and bespoke support.For more information and to speak to Leonardo about becoming a patron company or patron individual please contact us. 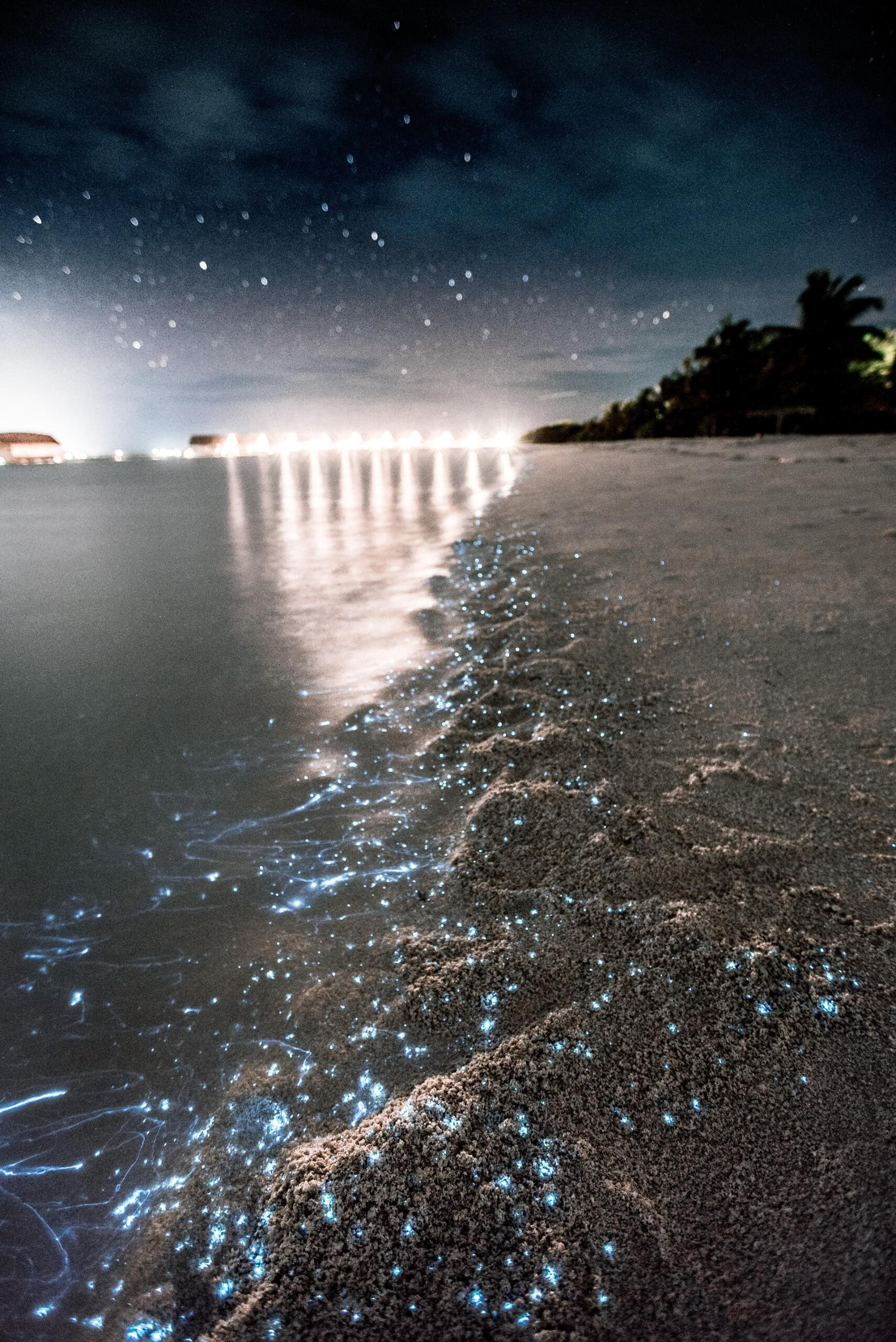 Action for the Ocean

Inspiration for the Ocean

One & Ocean will inspire people to amplify their voices and share their commitment of climate action to the world. Each day of the 200+ days expedition Leonardo will update about his journey from the Ocean which will go live onto all social media channels. Allowing people to feel like they are at the helm with him on the expedition.In the 2 years leading to the expedition, One & Ocean will take several shorter solo Ocean voyages, run inspirational high-caliber events on Ocean Sustainability with global speakers, and produce part one of a one-of-a-kind documentary.At the end of the expedition, a closing event will report on the voyage, present the full 2-parts documentary, and invite sponsors, patrons and global speakers with real-life stories, to inspire people and organisations to take individual and collective action for Ocean Sustainability.You can expose your own commitment with a film that we will support you with. Contact us for more details. 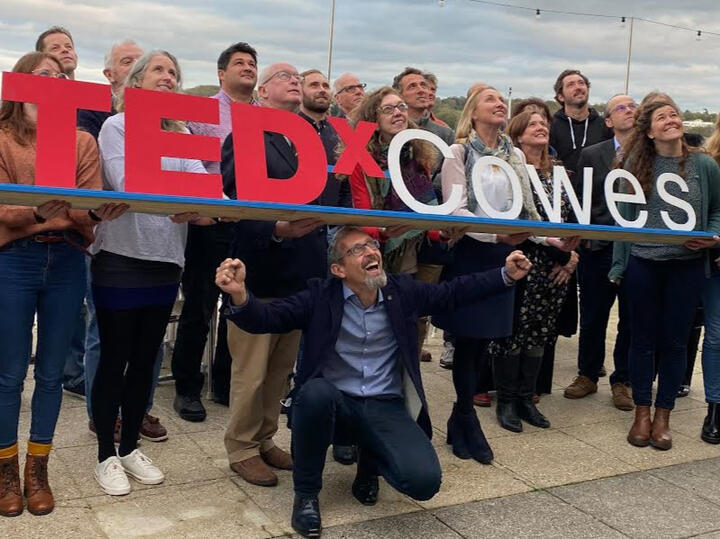 Leonardo of One & Ocean produced TEDxCowes 2021 on Ocean Sustainability and decided to change the traditional format of a TED conference from just “ideas worth sharing” expanding it with “actions worth taking.” The videos inspired 200,000 viewers in 6 months, to take individual and collective actions for Ocean Sustainability.One & Ocean will include a series of 4 yearly events with the same objective to inspire viewers to action for Ocean Sustainability. Each event will present a stellar line-out of speakers to inspire people on the Ocean issues, the Ocean solutions and Humanity capacity for substantial action.3 events will be held in the years leading to the expedition, and one at the end of the expedition. In year 2022 and 2023 the events will be run remotely, to reduce the environmental impact of travel. The 2024 event will be held immediately before the expedition departure, featuring the presentation of the first part of the documentary. The 2025 event will be held after the completion of the One & Ocean expedition and will present the second part of the documentary, creating the foundations to reawaken Humanity's connection with the Ocean and the Planet.

Most documentaries present very interesting stories but fail to inspire viewers to take action to counter the issues they present. One & Ocean wants to change this. With the same spirit that drives the creation of action-oriented inspirational events, One & Ocean documentary will lead viewers in a U trip across:1. the issues affecting the Ocean
2. the scientific advances that make it possible to recover it to a pristine state
3. the enormous potential each one of us has to multiply impact from individual to collectiveThe first part of the documentary will present a picture of the current state of things, whereas the second part will integrate the experience of sailing solo around the world with the scientific discoveries achieved during the expedition and the inspiration for everybody that we can achieve the impossible if only we set our heart to it. 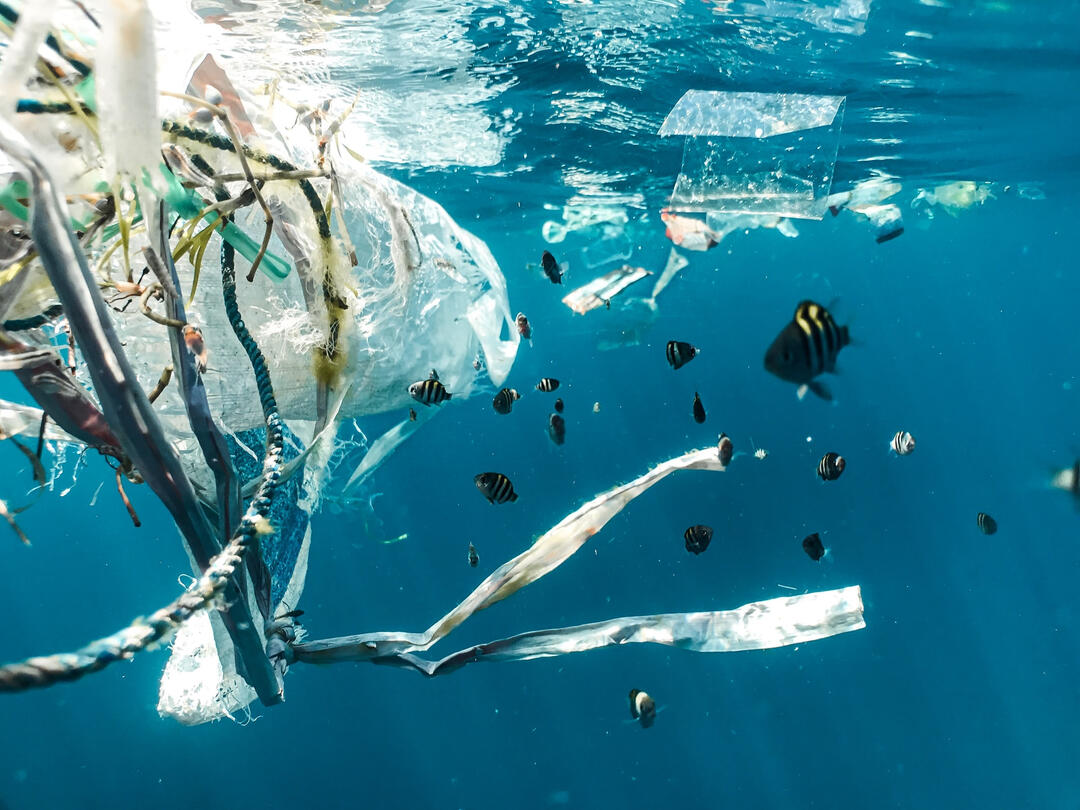 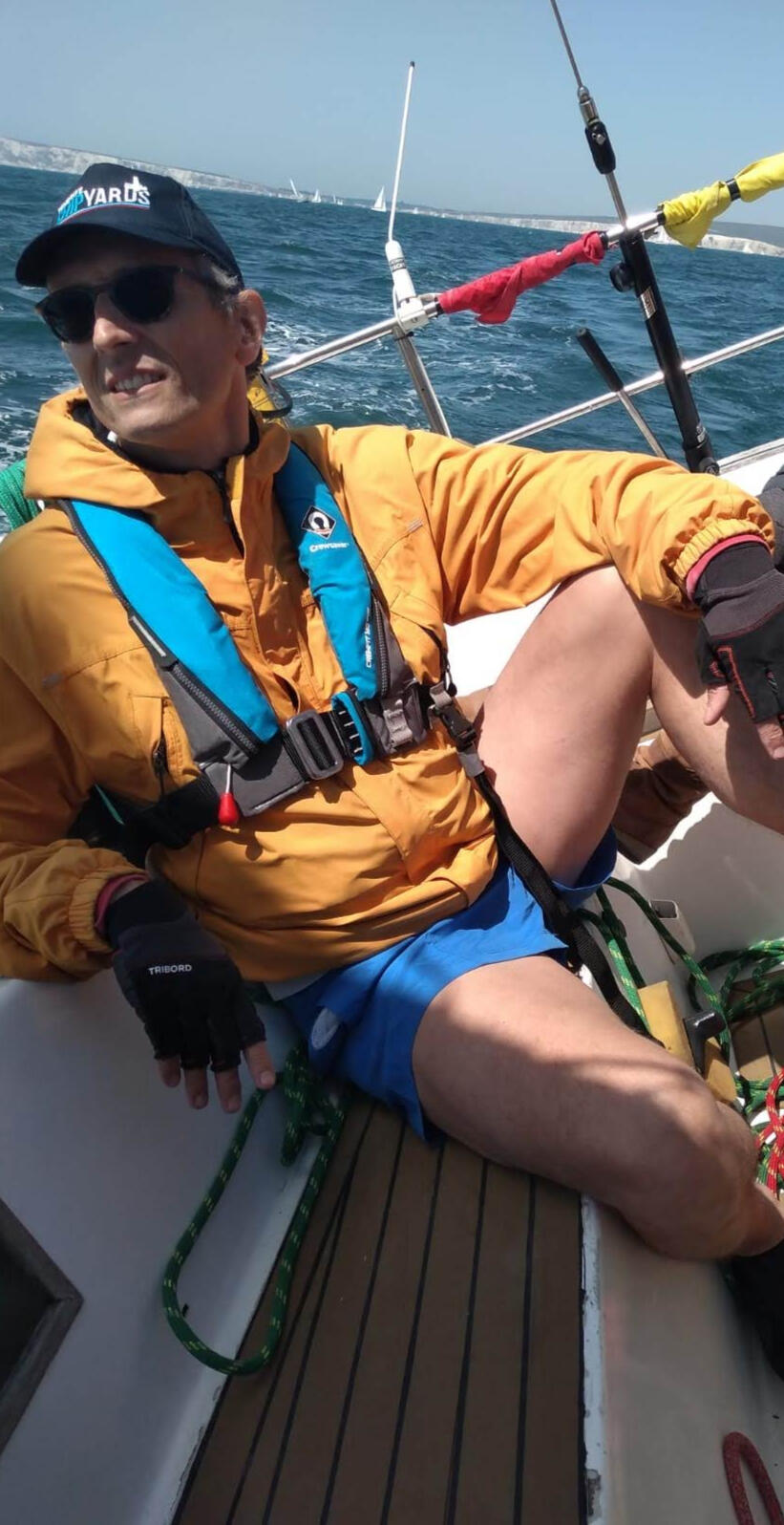 less than 200 people sailed solo non-stop around the world

50 years around the world

Over 50x more people have reached the summit of Mt. Everest that those who have sailed solo non stop around the world via the 3 Capes – Cape of Good Hope in South Africa, Cape Leeuwin in Australia, and the mythical Cape Horn at the bottom of South America, 56ºS, very close to Antartica.In 1968-69 the first man to sail solo non-stop around the world was Sir Robin Knox-Johnston. Since then less than 200 sailors followed him in his wake. It used to be a long voyage of solitude and self sufficiency facing waves the size of a tall building. A voyage which lasted 8 months and over, essentially disconnected from the rest of the world.Technological advances have made it possible to achieve zipping fast results in as little as 42 days, with yachts capable of incredible speeds of 35+ knots, quite literally flying on the Ocean surface and overtaking the big waves. Modern record yachts are hyperconnected to land stations and computers for optimal routing in the treacherous waters of the Southern Ocean.A breed of purist sailors have recently returned to the origins, sailing with classic boats form the 70’s and 80’s, re-establishing a deep connection with the Ocean and removing the most extreme technological advances, to sail in the tradition of the pioneers of the 60’s.One & Ocean is going to use this purist approach, combining it with scientific curiosity and the mission to inspire Humanity to save the Ocean for the generations to come.

You feel powerless against the big changes affecting the ocean, but...

you can have an impact!

Most often, we as citizens feel we don't have the resources and tools to individually help solve the big problem.We think it's about "them", the governments who should do something, the big corporations who could do something, and we forget that every little action counts and we can multiply our personal impact 10, 100, 1,000-fold if we want!You can multiply your impact by supporting One & Ocean expedition and its objective to inspire 100 million people to take individual and collective action for Ocean Sustainability!

Leonardo Zangrando is an Impact Coach helping gamechangers who want to make the World a better place, look beyond their current horizon to multiply their impact.He walks his talk and ventured "beyond the horizon" to find his own true calling. This inner exploration led him to focus on his deep love for the Ocean, intense sustainability ethos and profound love for Humanity.He decided to realise his old "impossible dream" to sail solo non-stop around the world, as the cornerstone of his mission to inspire 100 million people to take individual and collective action for the Ocean and reawaken Humanity's connection with the Ocean and the Planet.During the expedition Leonardo will coach a selected few global leaders with periodic coaching sessions from the middle of the Ocean that will give them a completely new perspective of their challenges as leaders. Get in touch if you want to be one of them. 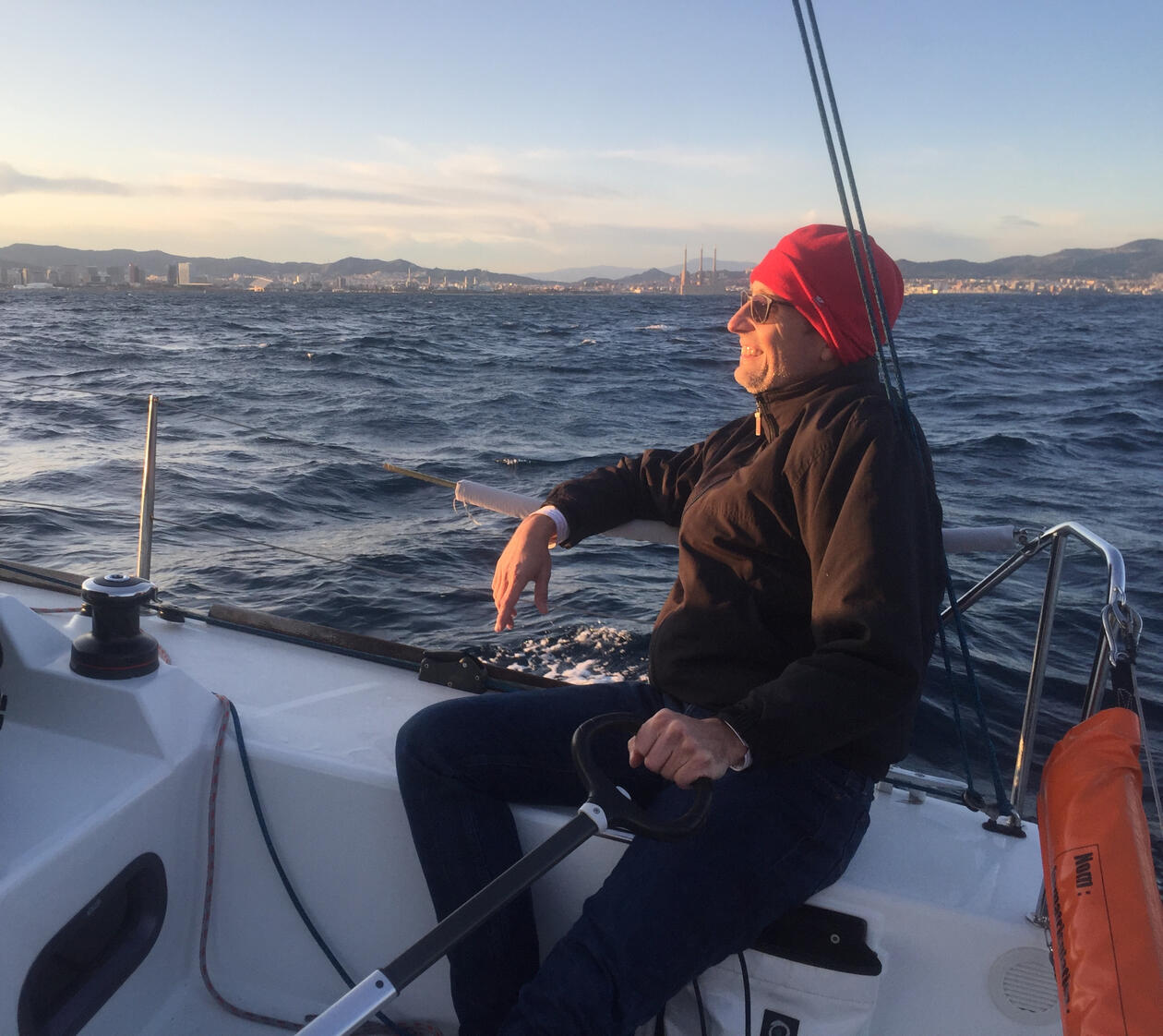 Stay in touch to receive the latest news about One & Ocean!

Thank you for joining the growing community of One & Ocean supporters!
In a moment we are going to email you a message with the subject
"Important: confirm your subscription", check your inbox and spam folders just in case...
In that email make sure you "Confirm your Subscription" with the big blue button!

Are you a startup in Ocean Sustainability?Would you benefit from testing your innovation on board of a yacht sailing in the Southern Ocean?We are selecting the startups that will join us in our solo non-stop voyage around the world.If you think you have something interesting to showcase in such a demanding environment, get in touch! Fill in the form below and explain briefly what is your innovation, how it benefits Ocean Sustainability, and if and how it would benefit the expedition. Thank you!

One & Ocean will bring on board scientific research and innovation for Ocean Sustainability, providing a privileged first-row virtual seat in the Southern Ocean to researchers and innovators, to help them create new solutions to restore our Oceans.What we have in mind is to collect scientific data and samples about the Ocean, its conditions and creatures, to expand our knowledge and develop new solutions, but any other interesting application for Ocean Sustainability is welcome!Please let us know in the form below the type of research that you are planning to run and the type of involvement required of the crew (it's just myself!) – Thank you!

Get intouch to explore sponsorship opportunities.
We have several packages and we can craft ad-hoc packages around your needs.
Looking forward to talking!

Thank you for your interest!We received your message and will respond shortly.